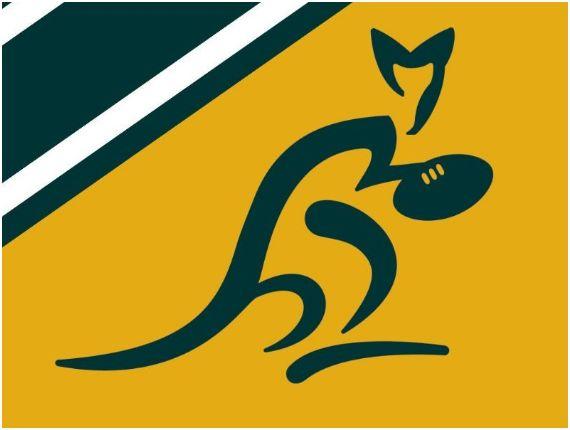 Winger Drew Mitchell and hooker Stephen Moore will make their 50th Test appearances after being named today in the Qantas Wallabies side for Saturday’s Mandela Plate Test against South Africa at Bloemfontein.

The players will become the 33rd and 34th Australians to appear in 50 Test matches after both were included in the starting XV, with Moore being promoted into this week’s run on side after he featured at Pretoria as a blood bin replacement.

The pair, who both began their Test careers in 2005, will be looking to celebrate the milestone by sharing in Australia’s first win at altitude for 47 years, as the Qantas Wallabies and Springboks shape up for the Mandela Plate decider.

Australia won the opening Test of the series 30-13 in Brisbane, but were defeated 31-44 in their second Bundaberg Red Tri Nations Series meeting last weekend at Loftus Versfeld.

A win in the third contest will regain for Australia the Mandela Plate, which was last won two years ago, while also securing second position in this year’s Tri Nations with a match against New Zealand still to be played.

The Qantas Wallabies starting line-up features three alterations from that which began last Saturday’s Test, with hookers Moore and Saia Fainga’a swapping roles, while Mark Chisholm replaces Dean Mumm in the second row, and Ben McCalman starts in place of Richard Brown at the back of the scrum.

Chisholm will feature in this year’s Tri Nations tournament for the first time, after playing the most recent of his 51 Tests against Ireland in Brisbane at the end of June.

McCalman gains his maiden Test start after coming from the bench in each of the two earlier Tests against South Africa.

The 22-year-old utility forward, who only debuted in Super Rugby at the start of this year, will play in his favourite position at No. 8 after having replaced Brown for the final 23 minutes of last weekend’s game.

Both Brown and Mumm could yet participate in Saturday’s proceedings after being named among the run on substitutes.

Chisholm will pack down alongside Nathan Sharpe, with the experienced second rower declared fit after he left the field before the final whistle in Pretoria due to an ankle sprain.

Sharpe will on Saturday night [Sunday morning, AEST] become Australia’s fifth most capped player in his own right as he represents the Qantas Wallabies for an 87th time, surpassing the 86 caps gathered by both John Eales and Joe Roff.

After this weekend, just George Gregan (139), George Smith (110), Stephen Larkham (102) and David Campese (101) will have worn the Qantas Wallabies jersey on more occasions than has Sharpe.

“All three of the players coming into the pack will offer us energy,” Deans says.

“It’s obviously a big night for Stephen, as well as for Drew, but Mark and Ben also have big opportunities ahead of them.”

Between them, Moore and Chisholm add 100 caps of experience to the pack, which offers the forward unit additional stability.

“Both Stephen and Mark have experience playing in games where the circumstances were not too dis-similar to what we will encounter on Saturday night. They know what to expect and – perhaps even more importantly – know what is required in order to be successful,” Deans says.

McCalman features in only his third Test, but provides a level of abrasiveness Deans believes will be critical.

“Ben did a great job coming off the bench for us last weekend and we are expecting more of the same, this time from the start. Not only does he bring physicality, he also offers us an additional lineout option due to his extensive background playing as a six or in the second row.”

While the raising of individual appearance milestones rarely provides a team focus, Deans says this weekend’s achievements by Moore and Mitchell should bring the best out of both.

“There have been 846 Wallabies but they are only the 33rd and 34th to play 50 Tests. That in itself tells you the significance of this occasion for those blokes.”

Mitchell took his maiden Test bow against the same opponent as he will play his 50th Test, scoring a try after coming off the bench during Australia’s 30-12 win in Sydney.

Forty nine Tests on, the speedy 26-year-old now has 23 tries to his name, which ranks him 11th on Australia’s Test try-scoring chart.

Moore had played his first Test earlier that same international season, also featuring from the bench during the win over Samoa in Sydney.

Current Qantas Wallabies skipper Rocky Elsom debuted alongside Moore in that match, and made his 50th Test appearance in this season’s Test opener against Fiji at Canberra.

In attaining his 50th Test cap on the weekend, the 27-year-old Moore will become the fourth Australia hooker to reach the milestone, following on from Jeremy Paul (72), Phil Kearns (67) and Michael Foley (50).

The Qantas Wallabies team to play South Africa in the Bundaberg Red Tri Nations Series and Mandela Plate Test at Vodacom Park, Bloemfontein on Saturday 4 September at 5pm (1am, Sun 5 September, AEST) is: