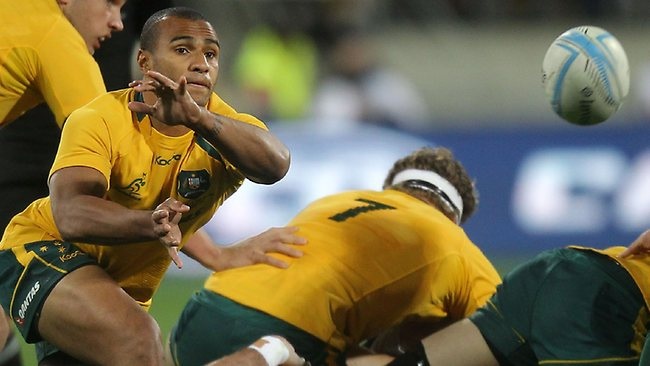 Wallabies Head Coach Michael Cheika has announced his team for the Rugby World Cup 2015 Final against New Zealand at Twickenham on Saturday (Sunday 3am AEDT).

Scott Sio will return to the starting XV having overcome his injury that ruled him out of the Semi-Final, resuming his role in the number one jersey while James Slipper reverts to the bench.

The front row switch is the only change in the Wallabies’ starting XV following the 29-15 victory over Argentina last Sunday, as the Australians prepare for a record-equalling fourth Rugby World Cup Final.

Australia will have one survivor from their last World Cup Final in 2003, with Matt Giteau lining up at inside centre. Giteau replaced current Wallabies Assistant Coach Stephen Larkham briefly in that Final 12 years ago.

Saturday’s Rugby World Cup Final will be the first played between Australia and New Zealand, with the winner to become the first nation to win the tournament three times.

The Wallabies took home the William Webb Ellis trophy defeating England in 1991 and France in 1999 and made a third Final against England in 2003.

Wallabies Head Coach Michael Cheika said nothing would change for his team heading into the decider.

“This week we’ve had a strong focus on improving certain areas in our game where we feel we havent been at our best in the previous matches” he said.

“We still have lots of scope to improve and we’ll work on that before this next match against New Zealand.”

“Our lads are learning to cherish each opportunity they have in the gold jersey and this week we have that opportunity again and we’ll be doing our best to make Australia proud of it’s rugby team.”