Wallabies to face the Springboks 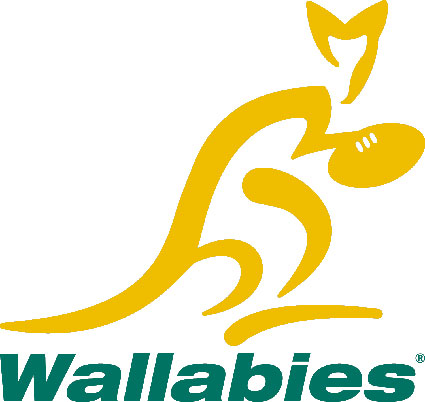 The response had been swift and predictable – under-siege Wallabies coach Robbie Deans has reacted to last weekend’s galling defeat to Samoa by making a raft for changes for the Tri-Nations opener against South Africa in Sydney on Saturday.

As the recriminations continue following Samoa’s historic 32-23 victory at ANZ Stadium on Sunday, Deans today rolled out his strongest available line-up for the clash with a second-string Springbok side.

The starting XV has seven alterations from the team embarrassed by the Pacific Islanders; Pat McCabe, who debuted against the Samoans, is the only notable survivor.

He retains the second five-eighth role in a backline reinforced by Kurtley Beale, James O’Connor and Queensland’s Super rugby-winning playmakers Quade Cooper and Will Genia.

Beale and Genia were final-quarter substitutes against the Samoans but were assured of being promoted to the starting line-up. Cooper was rested last weekend while O’Connor replaced Rod Davies, who was terrorised on his test debut by giant Samoan wing Alesana Tuilagi.

O’Connor has passed a fitness test on his hamstring strain and joins former Western Force teammate David Pocock in returning from injury.

Pocock, who sat out the Samoan debacle with a foot injury, replaces Matt Hodgson in a bid to give the Wallabies greater physicality at the breakdown – an area they were dominated by the Samoans.

Queensland’s presence has also expanded in the pack where Reds skipper James Horwill and Rob Simmons form the locking duo, replacing veteran Nathan Sharpe and Sitaleki Timani, another newcomer on the outer after the Wallabies pack was outmuscled last weekend.

It will be Horwill’s first test since the 2009 end-of-year tour — a knee injury sustained during last year’s Super 14 ruled his out of the 2010 international programme.

The Wallabies team was originally scheduled to be released on Thursday but the announcement was brought forward to switch the focus to the South African test after two days of savage criticism followed Australia’s first loss to Samoa.

Beale replaces Mark Gerrard at fullback, Cooper’s return means there is no place for Matt Giteau – not even on the bench after an ineffectual performance against the Samoans – while Genia starts in place of benched debutant Nick Phipps.

There are also five changes among the reserves: James Hanson makes way for Reds teammate Saia Faingaa as the back-up hooker hooker, Sharpe and Hodgson’s demotion see Dan Vickerman and Beau Robinson drop out of the 22, while Faingaa’s twin brother Anthony covers the midfield after Deans opted for a 5-2 split between forwards and backs.

Deans stated the obvious when saying this team had to raise the bar “significantly” after their predecessor’s performance.

“Last weekend, our standards were inadequate for what is required at test level and we paid the price for that,” he said.

“Last Sunday was a massive wake up call for the group. We can’t turn back the clock on that performance, it will stay with us as a reminder, but we do have total control as to how we respond.

“That is the challenge that we have ahead of us.”

In a potential positive for the Wallabies, nine players who started in last year’s history-making win over South Africa at Bloemfontein, their first on the high veldt for 47 years, are included in the squad.