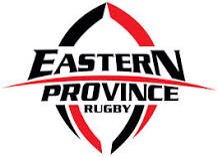 Watson ruled out for Sharks match

May 7 • General News, Vodacom Cup • 3641 Views • No Comments on Watson ruled out for Sharks match

There have been some late changes to the Eastern Province Kings side to face the Sharks XV in their final Vodacom Cup match at the Nelson Mandela Bay Stadium on Friday evening.

Luke Watson who was set to make his return to the starting XV has been ruled out with flu. Tim Whitehead will take over the captaincy from Watson against his former team.