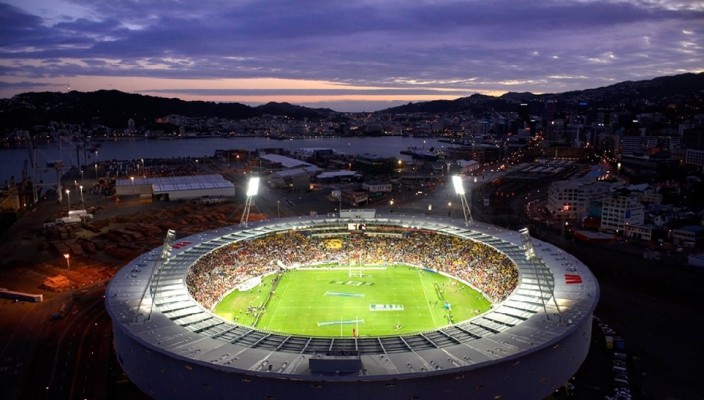 Wellington sold out for All Blacks Test against South Africa

NZR Chief Executive Steve Tew said confirmation that Westpac Stadium would be a full house, with an expanded capacity of 35,600, set the scene for a blockbuster night of rugby in the Capital.
“Anytime the All Blacks play South Africa it is a special occasion and it’s great to see the public once again come out in force for the first home Test of the year,” Tew said.
Saturday’s match is the only opportunity for New Zealand fans to see the two teams in action ahead of their opening pool match at Rugby World Cup in Japan.

It comes a year after South Africa beat that All Blacks 36-34 in an enthralling match at Westpac Stadium, and is the first of three home Tests for the All Blacks in 2019.

“I think people recognise the All Blacks will only play three Tests in New Zealand this year before departing for the Rugby World Cup. I know the team are grateful for the incredible support they receive and it can make all the difference in a tight match.”
There are currently very limited tickets available for the All Blacks Investec Challenge Test against Australia at Eden Park in Auckland next month, which is also a double header with the Black Ferns hosting the Wallaroos.

The All Blacks round out their domestic Test season against Tonga at FMG Stadium Waikato on 7 September.

Fans are reminded to buy any tickets for the remaining All Blacks matches through the legitimate channels at tickets.allblacks.com and to get to the game early to avoid queues.