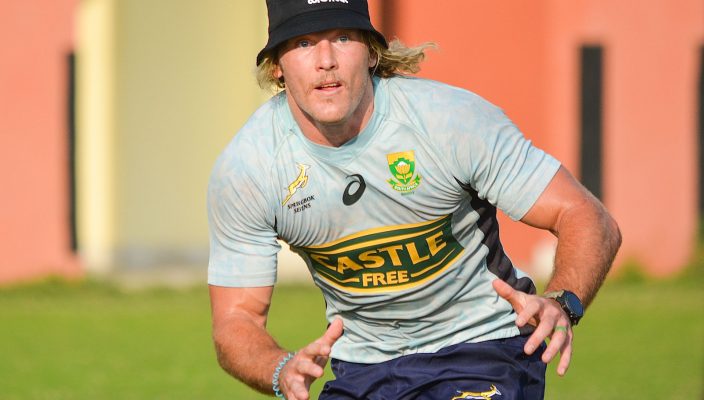 Werner Kok is back where it all began

Dec 3 • Blitz Bokke, General News, International, Sevens Rugby, Sevens World Series • 662 Views • No Comments on Werner Kok is back where it all began

He is a former World Rugby Sevens Player of the Year, a two-time HSBC World Rugby Sevens Series winner, played in 47 tournaments and scored 106 tries for the Blitzboks. And still Werner Kok sees playing for the SA Rugby Sevens Academy side in Dubai this weekend as a step forward.

Kok missed a large chunk of the Springbok Sevens pre-season after being allowed by Blitzbok coach Neil Powell to join French powerhouse club, Toulouse, on a short-term loan and, consequently, is “restarting” his sevens career in the Academy side as they play for the Emirates Airline Dubai Sevens International Invitational Trophy.

The 26-year-old has no issues playing away from the TV cameras and on the outer fields in Dubai this time around. In fact, says Kok, this is just what he needs.

“I would love to be in contention to play in Cape Town next weekend and I am quite comfortable playing in the Academy side this week to test my legs,” said Kok as they prepared for their first clash against the Royal Jesters, an invitational side from England, on Thursday. Matches against French Military and Russia will follow on Friday.

“This is a very strong Academy side, which will help me as the standard of rugby will be high. In fact, with the depth of the overall squad this year, it is going to be very competitive. Everybody wants to be in that final squad that will go to the Olympics next year and will push very hard for a spot. I am no different.”

The fact that he played as a fresh-faced youngster for the same team at the same venue many years ago, brings back fond memories and Kok does not mind reliving them again.

“Yes, I remember coming here as a youngster,” he said with a broad smile.

“Cheslin Kolbe and Kwagga Smith were with me at that time, and I still had short hair.”

After making his international sevens debut, Kok’s exploits took him to 10 iconic cities in 10 tournaments around the world a couple of times, but the visit to Toulouse was another eye opener.

“The good thing for me was to experience a different culture and I am very happy that I took that detour – I enjoyed my time there and I feel that it improved me as a player as well,” said Kok, but he doesn’t want to dwell on the past too much.

“My immediate focus is to get back on the horse here in Dubai and enjoy playing with the guys around me. It was great coming back to the family again.”