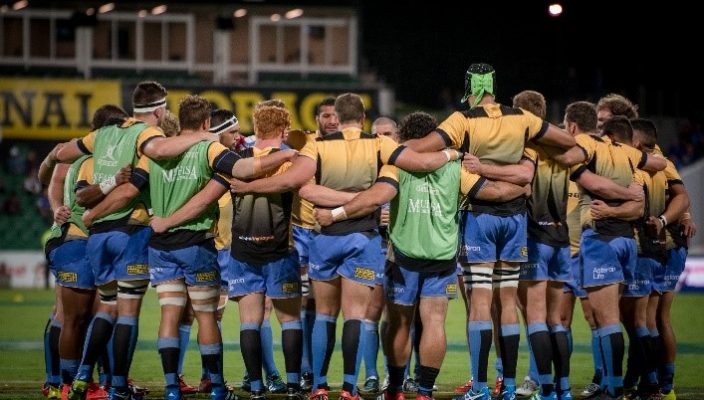 The Western Force have confirmed their 36-man squad for the 2017 Super Rugby season, which includes 14 new signings.

2016 Western Force debutants Richard Hardwick, Harry Scoble, Anaru Rangi and Matt Philip have all been upgraded to the senior group after impressing when called upon last season.

Overall the club has retained 22 players from the 2016 Super Rugby squad with Heath Tessmann, Angus Cottrell, newly-capped Wallaby Adam Coleman and club legend Matt Hodgson all re-signing with the club.

Future Force Foundation prop Shambeckler Vui joins fellow program graduates Harry Scoble, Richard Hardwick and Kane Koteka in the senior squad while Nedlands scrumhalf Michael Ruru has been rewarded with his first contract after starring in the Pindan Premier Grade and for the Perth Spirit.

In addition to the promotion of local talent to the senior group the return of local products, Curtis Rona and Chance Peni from rugby league take the Western Australian contingent of the squad to 10 players, up from eight at the beginning of 2016.

“We have a great mix of youth and experience within the group,” he said. The young players in the squad will bring great energy and push the senior players very hard for their spots.”

“I think the key thing is that we have substantial experience in our tight-five – over 500 Super Rugby caps in that area of our team alone and those players will lay the platform for the firepower we have on our backs.”

Speaking on the local contingent in the squad Wessels says the number of Western Australians in the included is a testament to the work of the RugbyWA pathway over the last 11 years.

“Super Rugby is only 11-years-old in Western Australia and the players coming through now were only eight or nine years old when the Force began, so we are now starting bear the fruits of having a Super Rugby team in the west – and the first wave of players that have come right through the pathway to the Force.”

Western Force Attack Coach Shaun Berne says he is excited by the squad that has been assembled and the competition for places within the group.

“I think the squad has probably got more depth then there might have been in the past. Each position has some serious competition with a number of guys eyeing off the starting positions.”

“We have some high-quality guys coming into the group and that will put the pressure on players to maintain their positions in the starting team, I think that healthy competition is a huge positive for us as a team.