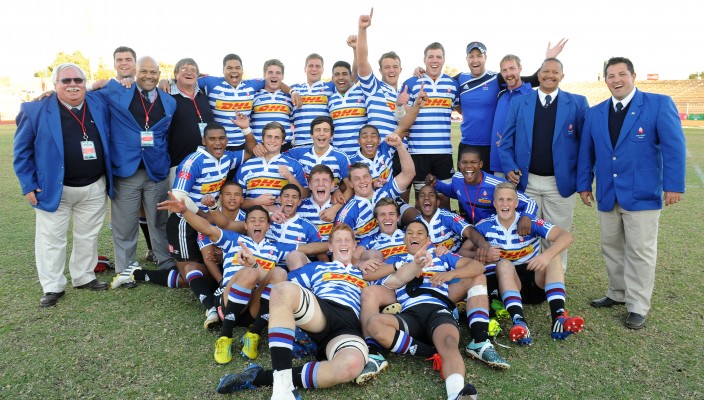 13 July 2013  Western Province beat the Golden Lions 45-29 in the unofficial final of the 2013 Coca-Cola Craven Week in Polokwane on Saturday.

The win meant that Western Province became the only team at the week to win all three of their games, and they were rewarded with the inclusion of seven of their players in the SA Schools team that was announced at the end of the tournament.

The 28-man squad will make up the teams that will play games against their counterparts from England, Wales and France. They meet England in Cape Town on August 9, followed by clashes against France in George on August 13 and Wales in Wellington on August 17.

Only one other side ended up unbeaten – the Griffons, who won their second and third games after drawing their first.

There were two shock results on the final day – SWD produced a great second half display to beat the Blue Bulls, and the Pumas beat Free State 25-22, thanks to a last gasp penalty in a thriller of a main curtain-raiser.