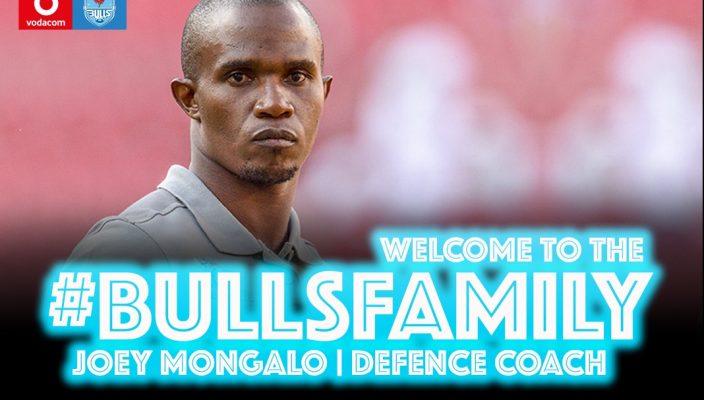 Vodacom Bulls Director of Rugby, Jake White, today confirmed his much anticipated senior coaching group, after what may best be described as an overhaul of the BLOU MASJIEN since his induction into the role in March earlier this year.

White heads up the group, with his trademark hands on approach, rolling up the director sleeves, and grabbing the head coach whistle. This comes as no surprise, as he has always eluded to the fact that he would lead from the trenches.

What will probably be the talking point of this group, is the creation of a new dedicated position for a breakdown specialist. This new role will be filled by the veteran warrior Nollis Marais, an experienced campaigner among various coaching roles at the Blue Bulls Company. Marais is no stranger to high pressure roles, as he himself filled the head coach position at this level in 2017.

White outlined the importance of the role, “Teams have always had consultants or forwards coaches addressing the breakdown as part of their broader roles. This will become a key focus area for us going forward, especially with the breakdown laws being changed. It also speaks to the type of rugby we will be looking to play. Nollis has been around the block and knows exactly what we need. I have no doubt that he is the perfect man for this job.”

World Rugby announced a breakdown guideline to assist with the implementation of existing laws revolving around one of the most dynamic facets of the game with Marais ensuring that all teams that fall under the banner of the Vodacom Bulls and Vodacom Blue Bulls are able to adapt to and successfully implement on the field.

A new face to the group, is Joey Mongalo, who joins the #BullsFamily as the defence coach, after a decade with the Emirates Lions and Xerox Golden Lions where he served several roles including defence and attack for the Vodacom Super Rugby, Currie Cup, SuperSport Rugby Challenge and junior teams where he assisted in winning silverware including back-to-back SA Rugby U19 Championship titles.

He also served as an assistant coach to the Junior Springboks in 2016; Director of Coaching at King Edwards the VII School in Johannesburg and the Defence Coach of FNB Wits in the FNB Varsity Cup.

Mongalo has developed a unique perspective as a coach and stands by his philosophy which makes him the perfect candidate to join the #BullsFamily but he is no stranger to Loftus Versfeld as he represented the union in the Currie Cup and various junior campaigns that wielded an SA Rugby U20 Championship title and two SA Rugby U21 Championship titles. He also spent a year as the Blue Bulls Company Marketing Assistant.

Russel Winter was officially announced as forwards coach last week, while current backline coach Chris Rossouw continues his work with the backs. Pine Pienaar moves out of his role as defence coach, and into the role of technical advisor.

White is also in the process of addressing the need for a new scrum coach, “The BBCo will also be looking to announce a new scrum coach in the near future, as we have agreed to release Daan Human to the Springboks. He has done some amazing work with the pack, as can be seen on the field, and undoubtedly be missed at Loftus. We have already engaged a few candidates and are confident that we will announce a suitable replacement shortly.”

The junior structures are integral to the BBCo, and forms a formidable part of the overall brand success. The BBCo will also be announcing the Junior coaching and management team within the next few weeks.