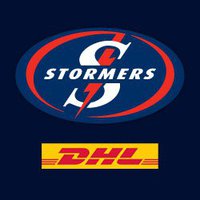 Willemse at pivot for DHL WP U19

SA Schools star Damian Willemse will start at flyhalf for DHL Western Province U19, in their semifinal clash with the Toyota Free State Cheetahs U19, at City Park, on Friday.

After starring off the replacements bench, the Paul Roos scholar gets his first opportunity to start for DHL Western Province U19, who lost just two of their 12 games this season to secure top spot heading into the knock-out phase of the national competition.

Willemse replaces the injured Jordan Chait at flyhalf, in one of three changes to the backline, as centre David Brits and wing Nico Leonard make their return to the starting line-up.

In the forward pack, Cobus Wiese shifts from lock to blindside flank, with David Meihuizen getting a chance to partner captain Ernst van Rhyn in the second row and Matt Wiseman back from injury at hooker.

DHL Western Province U19 coach Nazeem Adams said that having done the hard work to end the league phase of the competition on top of the standings, his team is determined not to let that effort go to waste at City Park on Friday, with tickets on sale for R20 at the gate and season tickets valid.

“We know we are up against a tough team in the Toyota Free State Cheetahs U19, and we will have to be accurate in all that we do in order to come away with a win.

“This team has shown a lot of promise this season, but there is some considerable talent here and they know that they can raise their standards even further,” he said.