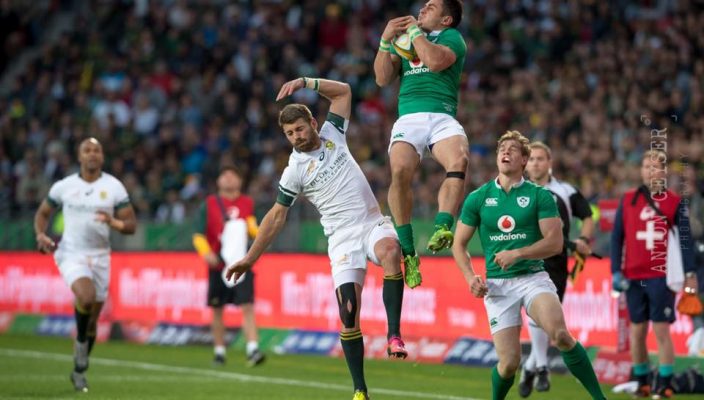 Willie le Roux suspended for one week for dangerous tackle

Springbok fullback Willie le Roux was suspended for one week after pleading guilty to a charge of breaching Law 10.4 (i), during the test match between South Africa and Ireland in Port Elizabeth on Saturday.

Le Roux was cited by commissioner James Absaloms of Kenya for making contact with Ireland fullback Tiernan O’Halloran in the 11th minute of the match as they both leapt in the air for a high ball, causing the Irish player to somersault and land heavily on his upper body and head. Le Roux accepted the citing complaint.

Judicial Officer Terry Willis of Australia heard the case in Port Elizabeth on Sunday and found that the relevant entry point for the offence was at the lower end and accepted the submission made by Advocate Attie Heyns on behalf of Le Roux that a one-week suspension was appropriate.

Le Roux is suspended for the match between his province, The Sharks, and the Lions on Saturday, 2 July, after which he will be free to play.