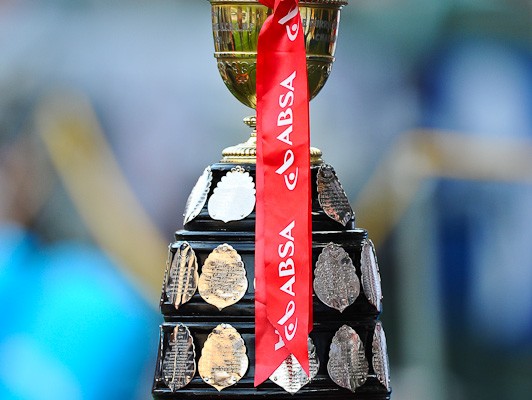 DHL Western Province and the Vodacom Blue Bulls this weekend withstood extreme character tests in the Absa Currie Cup Premier Division to leap to the top of the log standings and remain the only unbeaten teams in the series.

In a thrilling weekend of action, the Sharks produced a spirited performance against the MTN Golden Lions at GrowthPoint Kings Park for a 33-25 victory and the Vodacom Blue Bulls ground out a 15-9 win against GWK Griquas in a penalty-riddled clash at Loftus Versfeld.

Early penalties for Elton Jantjies and Butch James allowed both teams to get on the scoreboard in the first 10 minutes. But two tries in 9 minutes by MTN Golden Lions wing Anthony Volmink, handed them an encouraging lead heading into the second quarter. The Sharks strong pack, however, asserted their authority, which set up flank Brynard Stander and centre Heimar Williams to cross the tryline. This combined with another penalty by James handed the home team a 20-17 half time lead.

The Lions edged ahead eight minutes into the second half with flank Jaco Kriel dotting down their third try. But their luck turned soon after as Lions fullback Marnitz Boshoff and replacement back Chrysander Botha were denied tries due to infringements in the build-up. In stark contrast the Sharks got the rub of the green with new recruit SP Marais scoring their third try from an intercept, while James and Fred Zeilinga kept the scoreboard ticking with goal kicks, to earn their 33-25 victory.

The clash in Pretoria proved to be a stop-start affair with penalties conceded by both teams throughout the match cancelling out any momentum they gained on attack. The breakdowns, in particular, proved to be problematic for both teams, as it marked a penalty hotspot for Griquas, while the Blue Bulls conceded several turnovers. The Blue Bulls’ scrums were also an area of concern as the team battled to come to grips with the new experimental laws.

Griquas had two shots at goal in quick succession in the first 10 minutes, but wing Nico Scheepers missed, which resulted in a change of kickers early on for the Kimberley team. Vodacom Blue Bulls flyhalf Tony Jantjies had the first say as he kicked his team into a 3-0 lead and slotted over another on the stroke of half time to match Francois Brummer’s tally of two.

Blue Bulls fullback Jurgen Visser, however, took over the kicking duties minutes into the second half and slotted over three of his four attempts, while Brummer had only one shot in the second half, which handed the home team a 15-9 victory.

In Cape Town the Cheetahs started their clash against DHL Western Province with a bang as flyhalf Elgar Watts and wing Riaan Smit ran in tries in the first 16 minutes for a 14-0 lead. This convincing start by the visitors immediately pumped the necessary urgency in the home team’s game. They bounced back strongly with flyhalf Gary van Aswegen slotting over a penalty and converting a try by Michael Rhodes two minutes later to reduce the gap on the scoreboard to four points.

The second half proved to be epic as the teams did not give an inch on defence. Smit had an opportunity to extend his team’s lead to seven points, but he pushed a penalty wide leaving the score at 14-10 with 14 minutes to go. WP’s determined efforts on attack, however, paid off in the 75th minute as inspirational captain Deon Fourie crossed the chalk for the winning try.