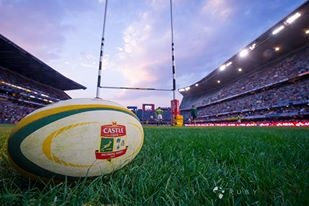 WP and KZN stamp their authority at Southern Sub-Union tournament

The Western Province Disas and the KwaZulu-Natal Wildebeest XV on Monday asserted their authority on the opening day of the Southern Sub-Union tournament in Margate as they registered convincing victories to establish themselves as early favourites to win the title.

Griquas and Eastern Province also started the tournament on a high note as they held on for narrow victories in a thrilling round.

The Western Province Disas beat SWD by 20-6 thanks a dominant display which featured a solid effort on attack and defence. This balanced performance earned them three tries, while they did well shut out SWD from crossing their tryline. SWD, however, slotted over two penalties, which allowed them to emerge from the match with six points.

The KZN Wildebeest XV were equally impressive in their performance against Border for their 28-6 victory. The Wildebeest outplayed their East London counterparts and scored four tries in total, while limiting the opposition to a penalty and drop goal.

In the other matches, Griquas pipped the Free State 26-23 and the Eastern Province defeated Boland 23-20 in a tense clashes. Interestingly, Griquas crossed the tryline four times and Free State only twice, but superior goal-kicking by the Bloemfontein team allowed them to come within striking range of winning the match.

In the main matches on Wednesday, Eastern Province take on the WP Disas and the KZN Wildebeest XV go up against Griquas.