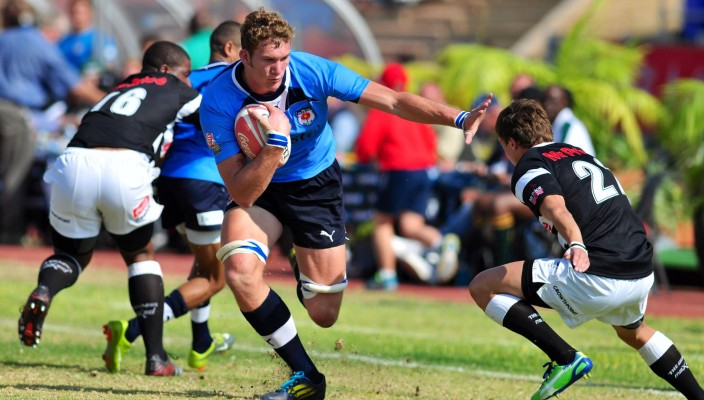 The Coca-Cola Craven Week started off with a bang on Monday as Western Province, the Blue Bulls and Border registered convincing victories to set the scene for a fantastic tournament.

Zimbabwe and Boland also registered a strong starts to the competition with Zimbabwe outplaying Griquas 35-17 in the opening match, while Boland held their nerve in the dying minutes to hold out a spirited Blue Bulls Limpopo team for their 31-26 win.

Several high profile SARU officials, including CEO Jurie Roux, deputy president Mark Alexander, executive member Boet Fick and SA under-20 coach Dawie Theron all attended the tournament on Monday. The national selectors Peter Jooste and Ian McIntosh, meanwhile, were also hard at work as they led a selection panel responsible for choosing the top 28 players for SA Schools team to be named on Saturday. The team will face sides from England, France and Scotland in August.

In the main games on Monday Western Province overcame a tightly-contested first half against the Pumas for a pleasing 40-24 victory, while the Blue Bulls also hit their straps after the break against KwaZulu-Natal for a 46-22 victory.

Western Province opened up the scoring in the fourth minute against the Pumas with a well-worked try by Daniel du Plessis, but the Pumas hit back minutes later with a try of their own. The arm-wrestle continued as Western Province scored their second try, but again battled to stop the Pumas from running two quick tries to take the lead. This, however, was short-lived as the Cape side snuck in for their third try a few minutes before the break for a 19-17 lead. Western Province’s ability to snuff out the gaps on defence and to use their try-scoring chances, in particular, handed them an edge and they took full advantage of this to dominate the second half. This earned them a total of six tries for the match, which was sufficient to shut out the Pumas.

The Blue Bulls also overcame a tight first-half tussle in a physical battle against KwaZulu-Natal for their victory after a 17-17 tie at the break. In an exciting first half, the Bulls crossed the tryline three times to the Durban team’s two tries. But a penalty by KwaZulu-Natal flyhalf Tristan Tedder left the team’s level at the break.  The Bulls, however, took control of the match early in the second half with outside centre Jurie Linde, who wore the No13 jersey for the SA Schools team last year, receiving the ball in space to run in the first of four second-half tries to take their total for the match to seven tries.

In the final match of the day, Boland produced a solid performance to overcome a determined Blue Bulls Limpopo outfit, in which Boland scored a late try in the dying minutes to cancel out Limpopo’s lead, leaving the home crowd disappointed.

The other 10 teams in the series will take to the field tomorrow, with the eagerly anticipated clashes expected to be the Golden Lions taking on SWD and Eastern Province meeting the Free State.