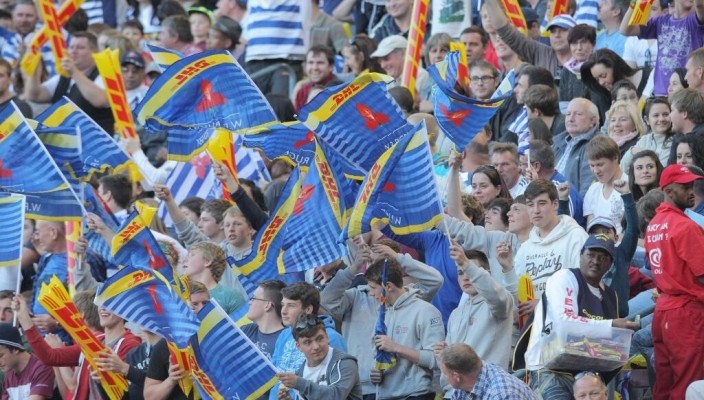 DHL Western Province this past weekend showed that they have the character to defend their Absa Currie Cup title as they overcame a first-half red card to emerge victorious against the Vodacom Blue Bulls at Loftus Versfeld and retain their lead at the top of the log.

Lower down on the standings, however, the pressure is mounting on the Blue Bulls, who have won only two of their six matches and trail the Cape side by 10 points, with GWK Griquas further back on nine points with only one victory.

With four round-robin matches remaining, these teams will be forced to register victories or risk battling it out in the promotion-relegation playoffs with the winners of the Absa Currie Cup First Division.

In Pretoria, DHL Western Province adopted a smart game plan from the outset to starve the Vodacom Blue Bulls of possession, which allowed them to dominate the first quarter. They earned the rewards with fullback Gio Aplon scoring the first of their two tries in the 13th minute, while flyhalf Kurt Coleman inflated their score progressively as he slotted over a series of goal kicks.

In stark contrast, Blue Bulls flyhalf Handrē Pollard struggled with his place-kicking, while the team butchered two guaranteed try-scoring chances, which cost them dearly. Despite having momentum on their side, Western Province were dealt a big blow in the 34th minute as flank Michael Rhodes received a red card for tramping on an opposition player.

But despite this, centre Damian de Allende bolstered their lead thanks to a stunning chip-and-chase, which was gathered by Cheslin Kolbe, who passed it back to De Allende for their second try and a 20-6 half time lead.

The Bulls came out firing in the second half and it paid off as Blue Bulls skipper Jono Ross crossed the chalk to reduce their deficit to 20-13. But Coleman’s third penalty combined with another wasted try-scoring opportunity by the Bulls on the tryline forced the home side onto the back foot. With their confidence high Western Province retained possession and won more penalties, which Gary van Aswegen slotted over to take their score to 29. The Blue Bulls, meanwhile, scored a late try compliments of David Bulbring, and were denied another due to a forward pass, which cost them a possible bonus point for losing within seven points.

The clash in Kimberley was riddled with penalties, which allowed GWK Griquas and The Sharks to keep the scoreboard ticking throughout the match. The home team had an edge in the first half as The Sharks were pinned regularly for infringing, which allowed flyhalf Francois Brummer to slot over four penalties to add to a try by Marnus Schoeman. The Sharks, meanwhile, managed only two penalties by flyhalf Butch James and a late try in the first half, which left them trailing 17-11 at the break.

But the tables turned in the second half, as the home side were penalised heavily at the breakdowns. This ill-discipline resulted in a yellow card for captain Ryno Barnes in the 74th minute. With penalty kicks by The Sharks having closed the gap on the scoreboard, the Durban side capitalised on having an extra man on the field, as prop Wiehahn Herbst dotted down the ball for their second try and a 25-24 lead, which they managed to hold on to until the final whistle.

In Bloemfontein a late penalty sealed the 26-23 victory for the Toyota Free State Cheetahs in what proved to be a gripping clash. The Cheetahs started the match strongly as centre Johann Sadie ran in their first try in the 8th minute, while wing Riaan Smit added to this steadily thanks to a handful of penalties which saw the home team build up an encouraging 16-3 lead. With the Lions slipping tackles easily, livewire Cheetahs scrumhalf Sarel Pretorius dashed for the tryline after picking up the ball from the base of a scrum and extended the team’s lead to 23-3.

But the Lions produced a strong second-half display to level the scores at 23-23 with four minutes to go thanks to two converted tries in four minutes by Ruhan Nel and Anthony Volmink, and a penalty by Elton Jantjies. Their hopes of a victory, however, were dashed as Smit slotted over his fourth penalty in the dying minutes for a 26-23 victory. The win, which marked the Cheetahs’ third for the season, allowed them to leap into third position on the log table above the Lions.