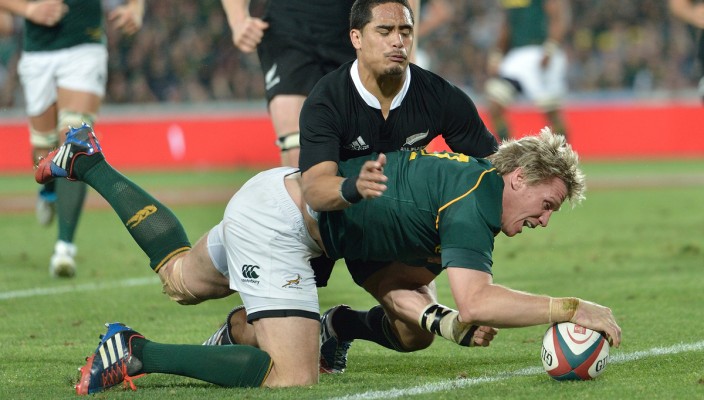 Western Province Rugby would like to wish former DHL WP and DHL Stormers captain Jean de Villiers well as he embarks on the next phase of his stellar rugby career at top English club, Leicester Tigers.

De Villiers first wore the Blue & White hoops of Western Province as an aspiring Under-13 Craven Week player, that after his father, Andre, represented Western Province with distinction in the 1970s.

Jean de Villiers played his final match for the DHL Stormers on May 3, 2014 (against the Highlanders at DHL Newlands), racking up a total of 105 caps since his debut against the Sharks in February 2005.

He also played 50 matches for DHL Western Province, his final appearance coming in the 2013 Absa Currie Cup Final – having made his debut in the Vodacom Cup in February 2001.

De Villiers would certainly have played more games for WP Rugby had it not been for a catalogue of serious injuries – especially the knee injury he suffered on his Springbok debut in November 2002 – but he will go down as one of this union’s greatest players in the modern era after also amassing 109 Bok caps (including 37 as captain).

Western Province Rugby Football Union President, Mr Thelo Wakefield, commented: “Jean will go down in the annals as one of our greats. He’s always been a true ambassador for Western Province and South African Rugby and he will continue to fly our flag for years to come.

“Leicester Tigers is a successful English club that has a proud history and I have no doubt that Jean will help add to their success in the coming months,” added Mr Wakefield.

“I would like to thank Jean for everything he has done for WP Rugby over the past 15 years. I would like to wish him, his wife Marlie and their three children all the very best for their time in England.”

“I was lucky enough to have selected Jean on his Province debut back in 2001 and then, already, one could see that he would become a special player,” Smal told the www.wprugby.com website.

“His record and statistics speak for themselves. But it is his mental strength, having recovered from his various injuries to still make such an impact at the highest level, and loyalty to this union that stand out more than anything else.

“Jean has played all his rugby for Western Province, from Under-13 upwards, and spent just that one season at Munster (in 2009/2010), before deciding to make this move to Leicester where I have no doubt that he will leave a lasting impression – both on and off the field.

“He has always been proud to wear the Blue & White hoops of DHL Western Province and play for the DHL Stormers and that kind of commitment and loyalty is a great example and lesson to any aspiring rugby player.

“Jean de Villiers is a true Province Man and we look forward to seeing him back at DHL Newlands, with his family, supporting both the DHL Stormers and DHL WP for years to come.”

Whilst De Villiers will not be seen in DHL Stormers colours in 2016, it was recently announced that young guns Frans Malherbe, Eben Etzebeth, Siya Kolisi and Damian de Allende had all signed long-term deals to remain in Cape Town.

The quartet will be joined in DHL Stormers colours next year by returning Bok veteran Schalk Burger, as well as new signings JC Janse van Rensburg (prop), Pieter-Steph du Toit (lock) and Cornal Hendricks (wing) – along with prop JP Smith and scrumhalf Jano Vermaak, both of whom featured for DHL WP in the 2015 Absa Currie Cup.