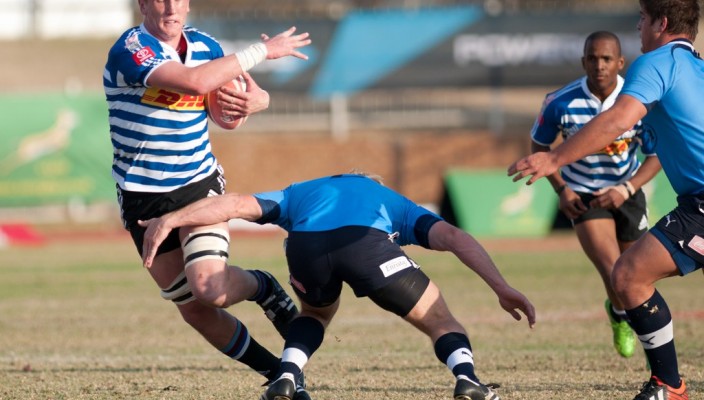 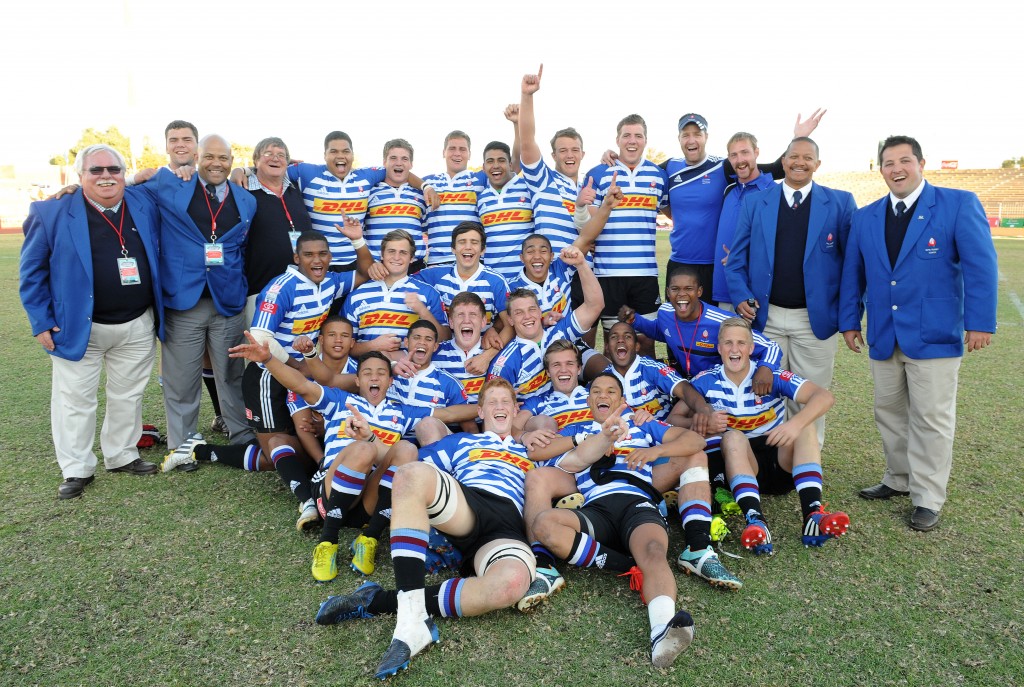 Western Province on Saturday completed their Coca-Cola Craven Week campaign in Polokwane on a high as they defeated the Golden Lions 45-29 to take the honours at the 50th edition of the tournament.

The win rounded off a fantastic trio of victories for the Cape-based union in the Coca-Cola Youth Weeks following their success in the Under-13 and Under-16 tournaments in the last three weeks.

In a thrilling final day, Western Province survived a spirited comeback by the Golden Lions to secure their victory, while SWD and the Pumas registered surprise victories to finish the tournament on a high.

Western Province opened up the scoring with two early penalties by in-form wing Grant Hermanus for a 6-0 lead. They continued to reap the rewards as they dominated territory and possession, which earned them two tries in quick succession by Thomas du Toit and Herschel Jantjies, and another penalty for a 23-0 lead. The pressure got to the Lions, with the team opting for a penalty goal minutes before half time, which proved unsuccessful, rather than kicking for touch, which left them scoreless at the break.

The Lions, however, clawed their way back into the game early in the second half with a well-worked try by Erwin Harris who took advantage of an overlap on attack. The Cape side, however, inflated their lead to 30-7 with yet another try created by Hermanus, who danced his way through the defence to put his team on the front foot. But the Lions refused to lie down and ran in two late tries, which had the crowd on edge. Western Provinces’ Daniel du Plessis, however, sealed the win with three minutes to spare as he scored his team’s fifth try.

The Pumas and Free State were also involved in a tight tussle, with both teams striking a balance between strong forward displays and innovative attacking rugby. They backed this up with solid defensive efforts. Pumas flyhalf Brandon Thomson built up an early 6-0 lead thanks to two penalties, but three tries in six minutes by the Free State – two by EW Viljoen – put them in the driving seat.

The Pumas, however, struck back with Johannes Du Plooy scoring a try to add to another penalty by Thomson, which left them trailing the Bloemfontein side 19-16 at the break. The second half proved to be much more conservative as the team’s opted for penalty kicks, but Thomson slotted over three – the last of which was at the stroke of full time – to Free State centre Stephen Rautenbach’s one, to secure the win.

In the other upset, SWD slotted over a late penalty to deny the Blue Bulls a victory in their tense encounter. The Bulls started the clash strongly which earned them four tries in the first 15 minutes. But SWD showed tremendous character to play their way back into the game as they crossed the chalk twice to add to Dewald Human’s two penalties. This handed the Pretoria team a 24-20 half time lead. The Pumas continued this fine form in the second half, with the side rounding off another two tries to the Bulls’ one. A penalty by Human five minutes from full time, however, sealed the surprise win.

In other matches the Griffons defeated Boland 34-27, KwaZulu-Natal smashed Border 77-14 and Namibia ended Zimbabwe’s unbeaten run in the tournament with a 33-10 victory in the traditional international.