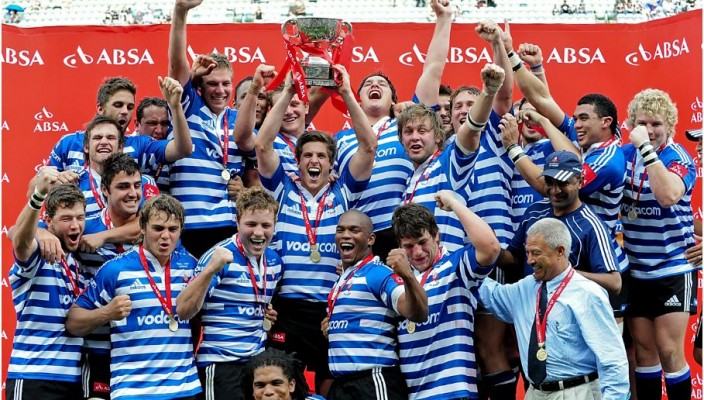 The DHL Western Province Under-21 team confirmed their age group dominance of the Absa Under-21 Provincial Championship by beating the Vodacom Blue Bulls 30-23 in the final of the competition at DHL Newlands on Saturday.
The WP side dominated the round-robin stages of the competition and deservedly dethroned the Blue Bulls team, who has won the title in 2011 and 2012.

It was always going to be a tight affair and although their line-out did not function well in the first half, the home side used their forwards to good effect, with two of their three tries coming via the rolling maul.

Flyhalf Tim Swiel also had an excellent afternoon, kicking six out of six with the boot.

Swiel opened the scoring in the first minute of play when the Blue Bulls strayed offside at the kick-off. His opponent Handrè Pollard responded in kind minutes later, but another from Swiel had his side soon back in the lead.

A Blue Bulls try was disallowed due to a forward pass, but Pollard could still provide some solace with a penalty. Swiel again responded, kicking his third penalty, but again the Blue Bulls responded.

A good kick chase by Kefentse Mahlo resulted in William Small-Smith racing over in the corner and a 13-9 lead. Province showed some true grit though and some bravery.

An option to kick for the corner from a kickable penalty was rewarded when Josh Katzen drove over behind his pack.

Swiel kicked a tight conversion to get the lead back again. Pollard had a long range effort on the buzzer, but came up short.

The second half started with WP extending their lead with another Katzen try following a rolling maul. Again a decision for the attacking line-out was rewarded.

A yellow card to Blue Bulls lock Irne Herbst for a high tackle made things worse for the visitors. Battling for some momentum at this stage, they did string a couple of good phases together, resulting in a third Pollard penalty (23-16).

The WP scored again, this time rewarding the pack for their field position when outside back Pat Howard scored. Swiel kicked the conversion.

Having to score twice forced the Blue Bulls into a more attacking pattern and the introduction of some fresh legs off the bench gave them impetus.

A converted try by replacement wing Dries Swanepoel gave the Blue Bulls a sniff again, but WP held on for a deserved win.

“They outplayed us today and were the best team during the whole season. They play very well as a team and we have to congratulate them on this title,” Vodacom Blue Bulls skipper, Wiaan Liebenberg, said afterwards.