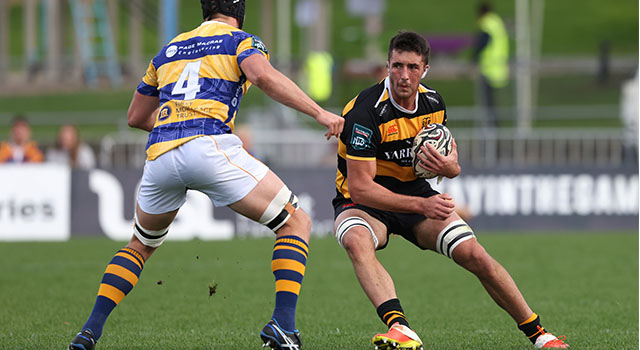 Young lock Josh Lord called into the All Blacks

Taranaki and Chiefs lock Josh Lord has been called into the All Blacks squad for the Northern Tour to the USA and Europe.

20-year-old Lord, together with All Blacks Sam Cane, Samuel Whitelock, Dane Coles and Shannon Frizell, will meet up with the squad in the Northern Hemisphere. Lord comes in, with locks Scott Barrett and Patrick Tuipulotu returning to New Zealand this week for family reasons.

All Blacks Head Coach Ian Foster said: “From a physical point of view, we have come through the Fortinet Rugby Championship really well. Therefore, we’ve decided to add fewer players than first anticipated for the next part of our 12-week Tour. Also having the Bunnings Warehouse NPC continue into November means we are also able to bring over potential replacements, if required.”

With the All Blacks squad unable to return to New Zealand, the squad will relocate from the Gold Coast to the Sunshine Coast tomorrow. The squad will have a week off and a training camp next week before flying out to the USA on Sunday 17 October. The All Blacks play the USA Eagles in Washington DC on Saturday 23 October before Test matches against Wales (Saturday 30 October), Italy (Saturday 6 November), Ireland (Saturday 13 November) and France (Saturday 20 November).

After first making his provincial debut for Taranaki in 2019, Josh Lord was called into the Chiefs wider training squad in 2020 and then the full squad this year. He made his Sky Super Rugby debut against the Crusaders in 2021 and played five matches. Lord has proved himself as a versatile lock and at 2.02m has impressed with his lineout work and with ball in hand. Lord plays both his provincial and Super Rugby alongside current All Blacks lock Tupou Vaa’i. Hailing from the small township of Owhango in the central North Island, Lord attended Hamilton Boys’ High School and first came onto the national radar with the University of Waikato Under 20 side as well as the New Zealand Under 20 team in 2018.