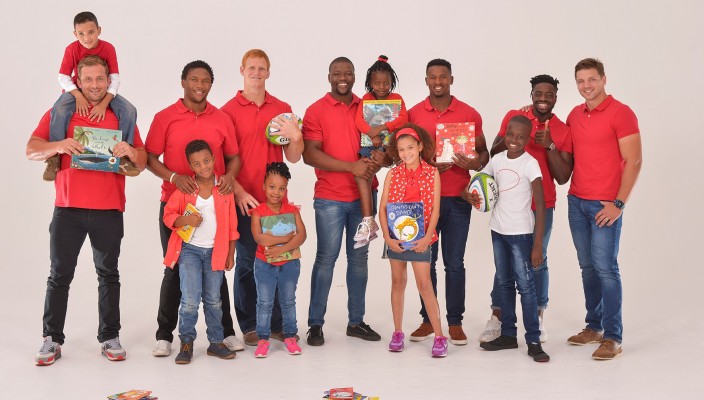 13 APRIL 2016 – South African teams’ insatiable appetite for tries so far in the 2016 Vodacom Super Rugby will make the launch of 20 e-libraries possible through the Tries for Books campaign.

Vodacom has pledged to donate R7000 towards setting up e-libraries at Vodacom ICT Centres around the country for every try scored by a South African team.

The South African teams have answered the call for five-pointers in emphatic fashion with 97 tries which translates to a total R679 000 that will go towards the initiative.

The Emirates Lions have been the biggest contributor so far this season with their 21 tries that amount to R147 000.

Their neighbours from across the Jukskei River followed shortly behind them with 19 tries to their tally which earned the campaign R133 000.

They are followed by the DHL Stormers with 17 tries and the Toyota Cheetahs with 16 while the Cell C Sharks and Southern Kings have 12 apiece.

The rest of the teams still have plenty of time to catch up to the pace-setting Lions and in the process allow Vodacom to make an even bigger contribution.

So far Bulls flyer Jamba Ulengo is the king of the tries with the four five-pointers worth R28 000 behind his name.

The first round of the tournament did not only give fans lip-smacking action but was also the most valuable from a Tries for Books perspective.

The South African teams scored a combined 18 tries in that first round opening the Tries for Books campaign’s account with R126 000.

The last round stopped three tries short of that benchmark but it was individual players that made a unique contribution to the initiative.

Three players – Ulengo, Sikhumbuzo Notshe (Stormers) and SP Marais (Bulls) – scored a brace of tries each for a combined total of R42 000 towards the campaign.

Eighty-five percent of South Africans do not have access to a nearby library and the project’s aim is to drive education through literacy.

The e-libraries will be up loaded with eBooks, donated by different publishers which will give them access to resource centres.

Learners already have access to Vodacom’s 61 countrywide ICT resource centres that are loaded with an exciting collection of e-books as part of the recently launched e-Libraries programme.

Thanks to their try-scoring ability, 20 new e-libraries will be set up, and with plenty of Vodacom Super Rugby matches still to follow this figure is set to increase exponentially.