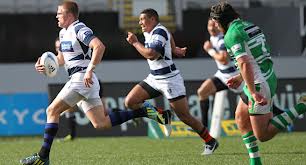 Auckland head coach Wayne Pivac has made five changes to the starting XV for Saturday’s round five clash with Waikato in Hamilton (kick-off 2.35pm).

After playing his debut season for the Chiefs this year, Pauliasi Manu will start at loosehead prop ahead of Sam Prattley and he is relishing the opportunity of going head-to-head against many of his Super Rugby teammates.

“He was a big Chiefs man this year so we think he’s the right guy to go in against Waikato, he’s very motivated to play in this game,” Pivac said.

Sean Polwart claims the number seven jersey in the absence of Luke Braid who has a high ankle sprain and is expected to be out of action for a few weeks, while veteran first five-eighths Orene Ai’i comes in for Simon Hickey who has a tight groin.

“Orene’s certainly got a lot of experience which is good and he’s got a new lease of life as well. He’s been working really hard on his game, he’s been playing a bit of Sevens so he’s fit and ready to go which is pleasing,” Pivac said.

“We talk about how young our side is yet this week we’ve got a 30-year-old and a 33-year-old at nine and ten so it’s a wealth of experience and I see that only as a positive coming up against a Waikato team that’s pretty desperate. We’re playing down there and it’s forecast to be pretty wet so experience will need to be to the fore for us.”

After a fine cameo off the bench last week where he set up one try and scored another, Saleaula Silipa is rewarded with his first start on the left wing, while George Moala returns from injury to replace Vince Aso on the right flank.

28-year-old south Auckland policeman David Whitecliffe-Davies has been called in to provide cover at flanker and is poised to make his provincial debut off the bench.

The Auckland team to face Waikato at Waikato Stadium on Saturday (kick-off 2.35pm) is: