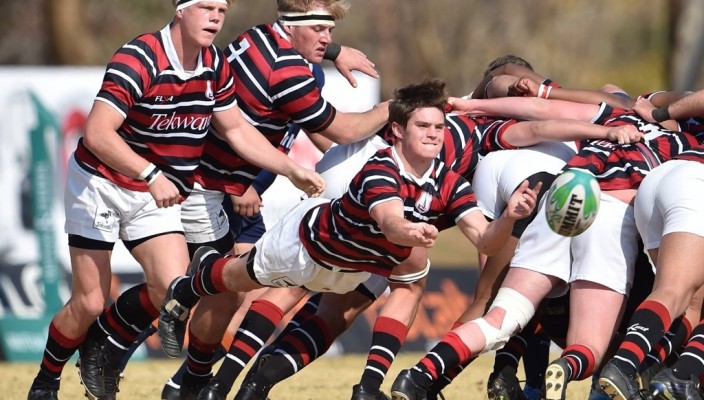 Grey College once again showed why they are perennial top dogs in South African schools rugby. Cool, calm and collective, they pounced on every little mistake Maritzburg College made and turned it into points, eventually running out 46-20 winners.
The opening exchanges saw Grey relentlessly attacking and College defended for all their worth. From turnover ball College wing Xolisa Guma made a great run down the right hand side from his own 25m area, only for the move to stumble to dead halt in Grey’s 25 m area after some great defending by them.
College got penalised in the 9th minute for holding and centre Julian Jordaan duly obliged by opening the scoring with a well struck penalty. 3-0 to Grey. 3 Minutes later Grey made the same mistake in their own half and Marcel Coetzee evened the score for College.
Then came the first of the Colleges mistakes which lead to points for Grey. After some good delayed passing from Flyhalf Mac van der Linde, Fullback Matt Kriel made a great linebreak. From the resulting ruck, College hooker Masikane Mazwi knocked the ball on the charge and Grey counter attacked from their own goal line Great inter passing between the Grey players with centre Michael Andrade prominent, saw winger Jacques Grobler round off the move in the right hand corner. Jordaan missed the conversion and Grey was ahead 8-3.
Grey started to take control of the set phases and after a few attacking runs, they caught the College defence at sixes and sevens and flanker Henry Slabbert broke through in the 24th minute to score Grey second try. Jordaan converted and the score was 15-3.
Coetzee missed a penalty for College in the 27th minute, but they started to play with more confidence and launched a few good attacks at Grey. The Bloem Boys defence were again solid and College could not get any points for their efforts. Jordaan kicked a penalty for Grey with 30 minutes gone and they lead 18-3. The last 5 minutes of the half belonged to College as they attacked Grey’s goal line. First Van Der Linde had a good dart down the right after which Kriel and Mazwi combined only for the latter to be forced into touch. Half time College still only had 3 points to show for their efforts and Grey 18.
Two minutes into the second half, Grey set up a good maul and from this resulted a try for No 1 Callie Janse Van Rensburg. Jordaan converted and Grey was threatening to run away with the game at 25-3. College 8th man and captain Daryn Goodson then lead by example and combined with flanker Renard le Roux to break the Grey defence and make some good yards. This seemed to fire up the College boys and after some good play they had an attacking line out in the Grey 25m area. Hooker Mazwi threw a short pass to Tiaan Steyn who returned it quickly to Mazwi to crash over in the corner. Coetzee could not convert and with the score at 25-8, College still had a long way to go.
College got a penalty in the Grey 25m area and opted for the line out. They knocked on and from the resulting Grey scrum, College won a tighthead and 8th man Goodson picked up and drove over for a well-deserved try. Coetzee converted and at 25-15 College had a sniff of Grey again.
Grey captain Alex Jonker then showed some great running from the back of a lineout and from the resulting ruck, Grey went wide again for fullback Immelman to cruise over for a try. Jordaan again converted and Grey was up 32-15. They started to apply pressure again and won a couple of penalties and with some attacking play from scrumhalf Dian Badenhorst and Flyhalf Dwayne Wessels, the sent over replacement Tabo Maree for Grey’s 5th try. Jordaan converted and Grey now had a comfortable lead of 39-15 with 10 minutes left on the clock.
The College pride came to the fore when they refused to lie down and from an attacking lineout and resulting maul, Le Roux broke of the side and scored. Coetsee could not convert. 39-20 to Grey.
In the last second of the game Grey still ran with the ball and shifted the ball out wide from a penalty. Janse van Rensburg once again popped up on the left wing to score in the corner. Jordaan rounded off a good kicking day by converting the difficult kick to take the score to 46-20 for Grey College of Bloemfontein. 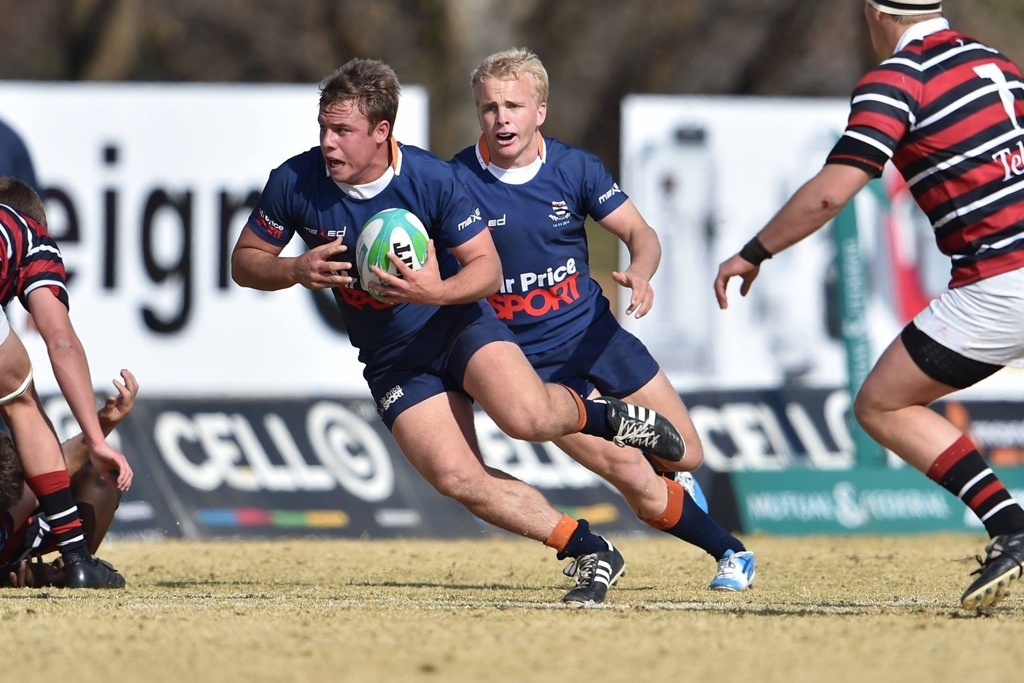 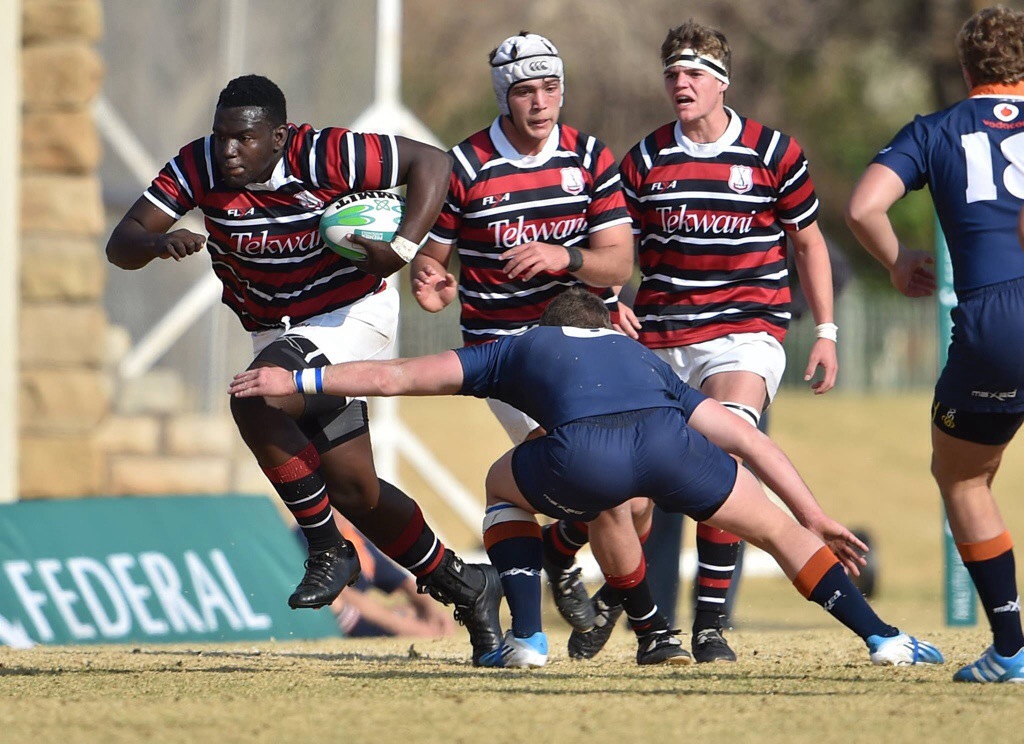 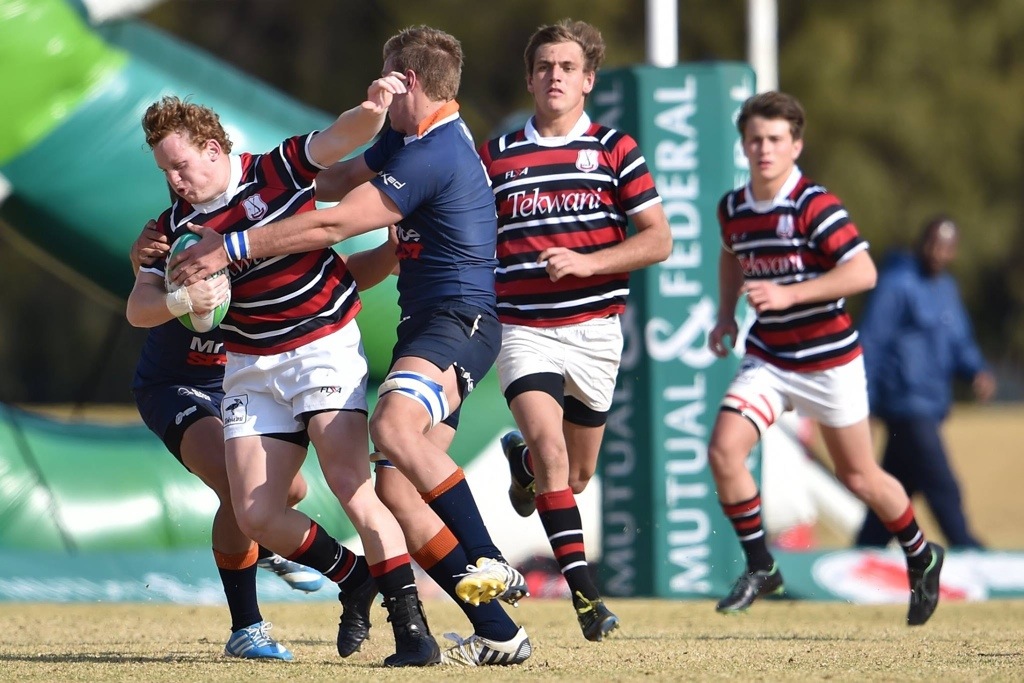 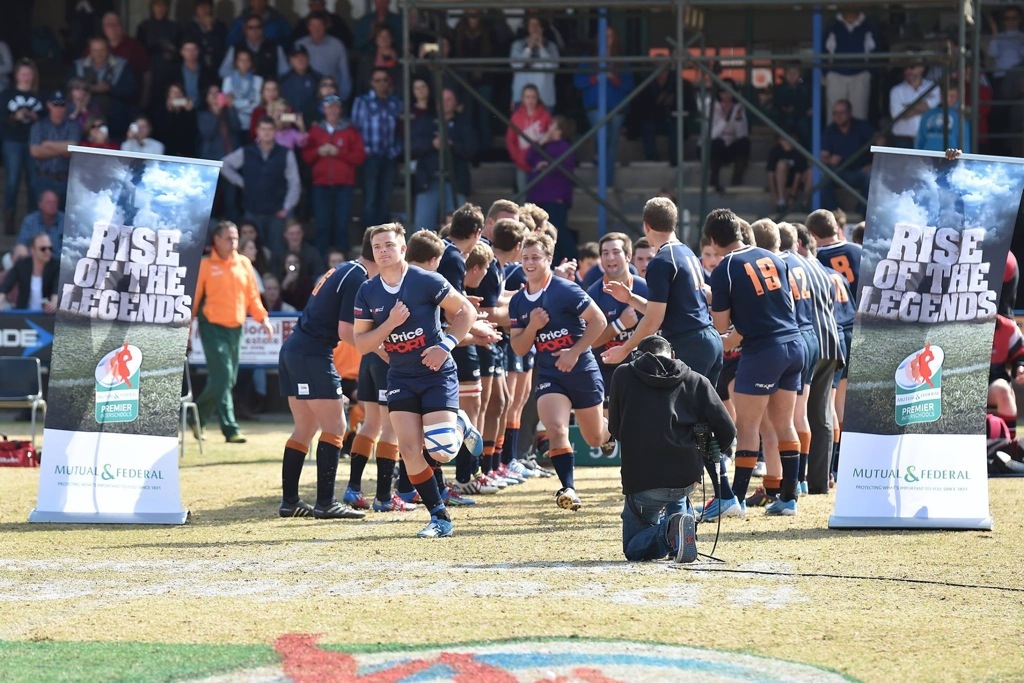 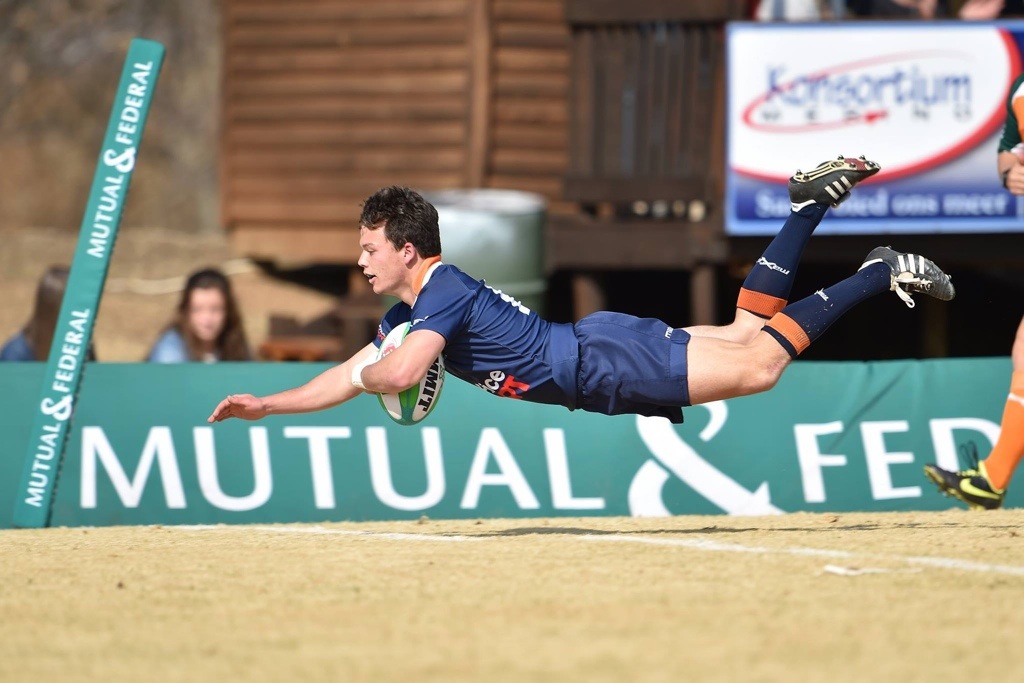 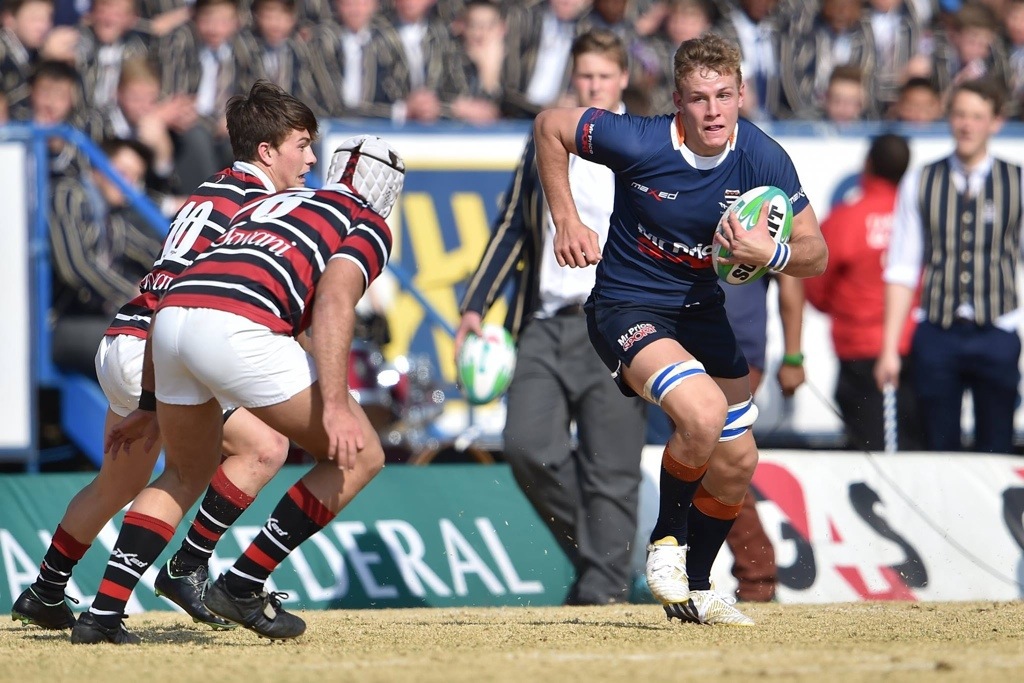