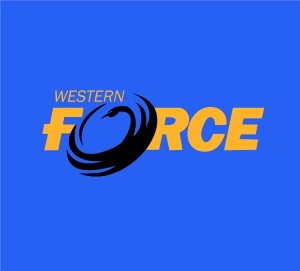 Western Force players playing this round:

Match of the Round: Cottesloe (4) v Nedlands (2) at Harvey Field, Cottesloe

Nedlands and Cottesloe will suit up for their first grand final rematch of 2014 when they go head to head at Harvey Field on Saturday.

Both sides had comfortable wins last weekend with Cottesloe accounting for Perth-Bayswater, 27-0 at Harvey Field while Nedlands was too strong for Wests Scarborough, 33-18.

Nedlands coach Gus Martyn said his side is looking forward to fronting the Gulls for the first time since winning the 2013 decider, 20-14.

“It’s first and second from last year’s competition and so there’ll be a little bit extra in the game,” he said.

“Still being the start of the season, we’re just trying to focus on ourselves and getting our game into order. Wests put out a good side last weekend and I expect them to be around the top four again at the end of this season, but this week against Cottesloe is the big test for us.”

“Anytime you play against Nedlands is a good day so hopefully we’ll get a big crowd down there to watch some quality rugby,” he said.

“Nedlands is a good team and they will be there or thereabouts again at the end of the year. They are probably the benchmark team and this is a good opportunity for us to see where we’re at.

“We were pretty solid defensively last week and last season, and –while it’s a bit hard to take too much out of last week’s game due to the conditions – we are happy to keep any team to zero.

Scrumhalf Charl Neuwenhuis has been named in place of Ryan Louwrens, who has been ruled out with a knee injury, while injured Western Force outside back Ed Stubbs is replaced by Alaistair Haining.

Nedlands has made just the one change with Davis Tavita replacing Dylan Loversidge at flyhalf.

After just falling short of the grand final last year, Palmyra leapt to the top of the table after round one with a 43-18 win over UWA.

This weekend they will look to continue that momentum when they front Wests Scarborough at Tompkins Park.

Wests Scarborough had a tough start to their season against Nedlands, going down 33-18 to the reigning premiers at the Foreshore.

Wests have made a number of changes to their opening round side, including naming Matt O’Brien, Kane Koteka and No.8 Lorenzo Devilliars in their starting forward pack.

Following his two-try performance off the bench, Vaa Mailei returns to the Palmyra starting line-up while Western Force playmaker Dillyn Leyds, who also made an impact from the reserves list, will start at fullback, with Ray Moloney shifting into the centres.

After coming off the bye, Associates will get their first opportunity to play for Pindan Premier Grade points against UWA at McGillivray Oval.

After contesting the 2012 grand final, Associates finished outside the top four last season and will be keen to return to the finals mix when their campaign begins this week.

UWA, who are coming off 25-point loss to Palmyra, has been boosted by the inclusion of their Under 20 stars, including hooker Harry Scoble, lock Corey Thomas, flanker Richard Hardwick and flyhalf Luke Burton.

Both Wanneroo and Perth Bayswater will get their opportunity to open their accounts this week in Landsdale with both sides suffering opening round losses last week.

Wanneroo lost a tight encounter to Kalamunda, 20-16, while Cottesloe were too strong for Perth Bayswater, running out 27-0 victors.

Perth Bayswater have added Chase Murray to their starting 15 on the right wing in place of Meauli Fakaua.