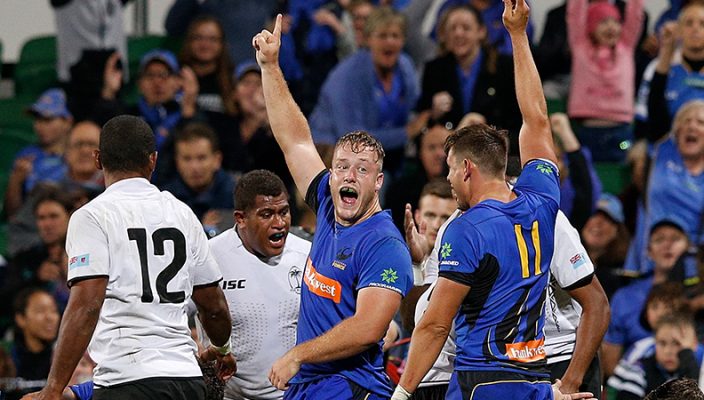 POWERFUL PROP RETURNS TO THE FORCE

The Western Force is thrilled to welcome Harry Lloyd back to the club after joining from the ACT Brumbies on a one-year deal.

Having spent two years with the Force in 2018 and 2019, making six appearances in the Global Rapid Rugby competition and 24 appearances overall, the prop returns to Perth with 17 games of Super Rugby experience with the Brumbies and having been part of their Super Rugby AU title-winning side last year.

The 26-year-old, known for his relentless work rate and mobility in the forward pack, is delighted to be returning to the Force.

“It’s incredible. I really enjoyed my time at the Force in 2018 and 2019 and it was a very difficult decision to leave in the first place, so I’m looking forward to being back amongst a club with such a great history, dedicated group of people, and passionate supporters,” Lloyd explained.

“I’m a much better player than when I was last at the Force. There’s a lot of experienced players at the club and I want to help build on the foundations that have been set the last two seasons in Super Rugby.

“I can’t wait to be a part of the tight-knit squad and contribute to the club growing after the success they achieved this year.”

Head coach Tim Sampson said it’s great to have Lloyd back at the club.

“He’s a really strong clubman that brings further Super Rugby experience to the squad. It’s exciting to have him return to WA,” Sampson explained.

“He is very technically talented in the scrum and he’s very mobile, which is so important for modern-day props.”