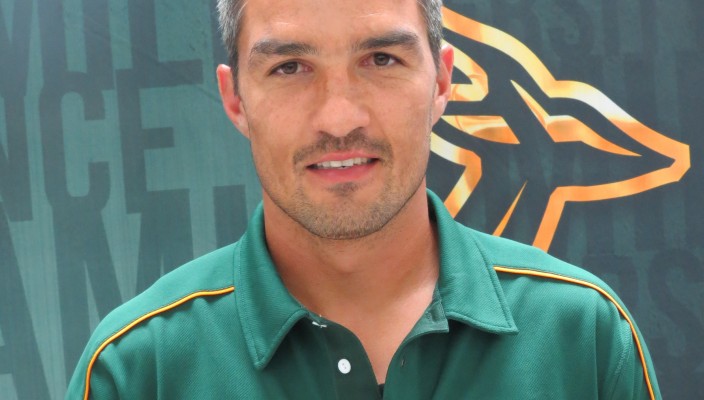 The Springbok Sevens’ preparation for the upcoming rugby season switched to a higher gear on Monday when they resumed their training in Stellenbosch following a short break.

The players underwent their customary medical check-ups in the morning and were then put through a series of high intensity skills drills in the Paul Roos Markötter indoor training centre.

A lunchtime media interview session was followed by a strenuous workout session in the gym in the afternoon.

An extra incentive for the teams this season is the four qualifying places on offer for the 2016 Olympic Games in Rio de Janeiro, Brazil.

According to Powell the Bok Sevens will use the next two weeks to sharpen their readiness before their departure early next month to Australia for the season-opening tournament at the Gold Coast on 11 – 12 October. Part of this preparation includes a series of training matches next week against some local clubs at their training base in Stellenbosch.

“It’s really great to have the guys back and you could see the focus and the intensity during today’s the training sessions,” said Powell.

The coach added: “Our motto is to keep on working extremely hard so that we approach each tournament in very good condition. We managed to finish the season on a high note in Glasgow at the Commonwealth Games, and it will be my job to make sure our feet are planted firmly on the ground and that we don’t get too carried away or too far ahead of ourselves.

“We all know the World Series is a very tough and demanding competition and that the pressure will increase even more now that there are four spots on offer to play at the Olympic Games in Rio,” said Powell.