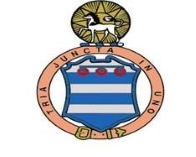 GREY High have set themselves up for what should be two entertaining contests when they take on Parktown and Durban High School in the Standard Bank Grey Rugby Festival, supported by Powerade, at the end of April.

Although reducing their annual festival to two days, the Grey organisers have still managed to provide a feast of rugby on April 30 and May 2, with a total of 64 matches – 32 each day – to be played.

The games range from U14 clashes to the first team showdowns and include a diverse group of schools. Not surprisingly, there will be a strong Eastern Cape flavour, while sides such as St Alban’s St David’s, Parktown, DHS and Goudveld High from Welkom will add an extra dimension from schools outside the region.

Despite losing their unbeaten run this season to Paul Roos on Saturday (April 9), Grey will be looking to put in a strong performance during their festival, playing the feature match (15.45) each day.

They will open with an interesting test against Johannesburg side Parktown, a team they last played in 2014 when they romped to a 66-3 victory. Parktown have had mixed results this year, with two wins and three defeats.

It suggests they will have a tough clash against the hosts, whose mobile pack, led by SA Schools No 8 Khwezi Mafu, and potent backs will test them to the full.

DHS should be a bigger challenge for Grey on the Monday as the Durban school have produced some notable results this season.

While their first team have had some difficult seasons recently, this year DHS have registered wins over KwaZulu-Natal rivals Hilton, while suffering narrow losses to Kearsney (26-22) and Bishops (27-24). In addition they pulled off a fine 31-17 win over Grahamstown’s St Andrew’s in the St Stithians Festival and they will be eager to prove themselves in the final match of the festival.

DHS will warm up for their match against top PE township school Ithembelihle and should not underestimate the local side. Ithembe may lack the resources of the leading rugby schools, but their passion and commitment can never be faltered, especially given this rare opportunity to show what they can do.

Ithembe will be in action on the second day against St David’s, of Johannesburg.

A team rarely seen in Port Elizabeth is Goudveld High, more commonly referred to as Gouties. Schools rugby in the Free State schools operates in a competitive environment and the Welkom team will be watched with interest.

They have an opening match against East London side Stirling, who have had a tough start to their rugby year, and then face against perennial Border powerhouse Dale on the second day.

Another top Border team, Queen’s, will be keen to prove their credentials against two PE teams. Their opening clash will provide a major challenge for Summerstrand outfit Pearson and they will then feature in the main curtain-raiser on the final day against Framesby.

With Grey ending off against DHS, those two games should provide a cracking finale to the festival.

The fixtures are (first teams unless stated):