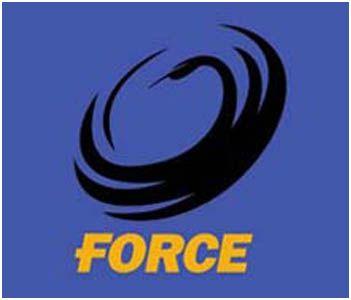 The Australian Rugby Union (ARU) has announced a revamped National Under 20’s competition to replace the old National Championships format.

The competition will run in coordination with the Asteron Life Super Rugby season with each Australian franchise fielding a team. The competition will run for five weeks with each side playing each other once before a final between the top two sides. The majority of the matches will be played as curtain raisers for Asteron Life Super Rugby matches.

The new competition will provide a direct link for U20’s to their respective Asteron life Super Rugby sides and with an increased number of matches compared to the old system it will drive up standards and get players accustomed to playing in a professional environment. The National competition will also be a valuable scouting exercise for coaches and Australian selectors to identify the nation’s most promising talents.

The Western Force Under 20’s will play three home games and one away match in the national competition, with two of the home matches serving as curtain raisers for the Western Force’s matches against the Melbourne Rebels on Saturday, 27 February and the ACT Brumbies on Friday, 11 March.

Western Force Under 20’s coach, Dwanye Nestor has praised the ARU for the establishment of the new competition.

“The new competition is fantastic,” he said. “Previously New South Wales and Queensland have played against countries like Fiji and Tonga as well as the Australia Barbarians, but now we have a truly national competition. I think it is really well done by the ARU in terms of creating a pathway in the form an Under 20’s National Championship.”

“It really does complete the pathway right the way up from Junior Gold Cup to Western Force Under 20’s then the Perth Spirit and ultimately the Western Force. Any young player coming through can see a clear pathway right to the top if they work hard enough.

“Playing in a competition like this where you travel for games, get national exposure and to play directly under the name Western Force name is a huge opportunity for these young guys. There is an opportunity to perform well in this competition and potentially further their rugby career towards (Asteron Life) Super Rugby and even earn selection in the Australian Under 20’s team.”

Western Force Under 20’s captain and scrumhalf Angus Taylor is looking forward to running out in the new competition.

“The whole group is very excited about kicking off this new competition,” he said. “I think we have a really nice mix of guys who have played in a lot of state teams previously and some guys who will be getting a taste for it.”

Taylor stressed the huge opportunity that the new format provides for every player and the pathway it lays out as they continue their rugby careers.

“This competition gives us great exposure on the national scale and puts us in almost a professional environment, with travelling and playing in big stadiums. We are going to relish the opportunity to play at that level and the fact we get to play some curtain raisers for (Asteron Life) Super Rugby matches is something that the boys are really looking forward to.”