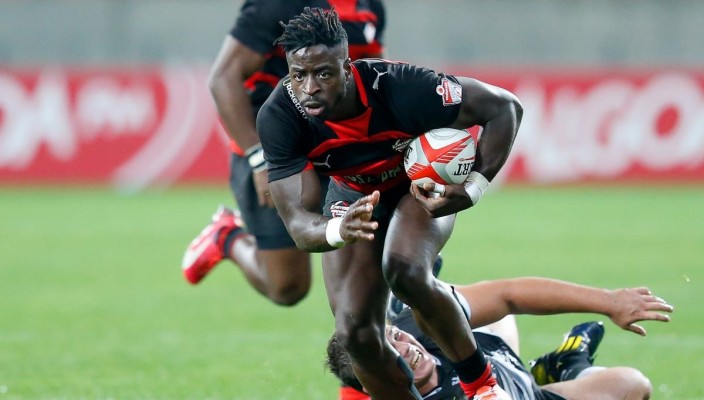 Kings end campaign on a high

Loading...
The Eastern Province Kings ended their Vodacom Cup campaign on a high when they beat the Sharks XV at the Nelson Mandela Bay Stadium in Port Elizabeth on Friday night.

In retrospect the convincing 23 – 8 victory came somewhat a day too late and a few log points short as they ended fifth on the South Section log, three log points behind the forth played SWD Eagles.

Dispite the score being 8 all at the break, the Kings added a further two tries and a penalty in the second half to score 15 unanswered points.

The Kings were first to put points on the board through a Hansie Graaff penalty, after they set up camp in the Sharks’ 22 during the opening minutes.
The Sharks drew level a few minutes later after Garth April added a penalty to bring the score to 3 all after fifteen minutes.
Kings’ Luther Obi scored the first try after Sharks’ Paul Jordaan was send to the sin bin for deliberately slowing the ball down in the red zone. Graaff missed the touch line conversion as the Kings took an 8 – 3 lead at the end of the first quarter.
Minutes later Sharks’ Hanco Venter crossed the line to draw level, April missed the touch line conversion. Scores remained 8 all until half-time.
The second half started pretty much the same as the first half when Kings’ eighthman Paul Schoeman scored his team’s second try after 6 minutes. Graaff missed his second kick of the night as the Kings took a 13 – 8 lead.
Replacement flyhalf, Scott van Breda was on target with his first attempt at a penalty kick as he stretched the Kings’ lead to 16 – 8 with ten minutes to go.
Replacement scrumhalf Enrico Acker scored the Kings’ third try after a high kick ended up in no man’s land. The loose ball was kicked through which resulted in a five-pointer for the home team, van Breda added the extras as the Kings took a 23 – 8 lead with five minutes remaining.
No further points were added to the score board as the Kings recorded their third win of their Vodacom Cup campaign.
The Kings scored 181 points and conceded 162 in their seven matches which included three wins. They scored the second most tries, 26, two less then the Free State Cheetahs who are on 28, and conceded 18 tries.
Scorers:
EP Kings: (8) 23 – Tries: Luther Obi, Paul Schoeman, Enrico Acker. Conversion: Scott van Breda. Penalty: Hansie Graaff.
Sharks XV: (8) 8 – Try: Henco Venter. Penalty: Garth April.